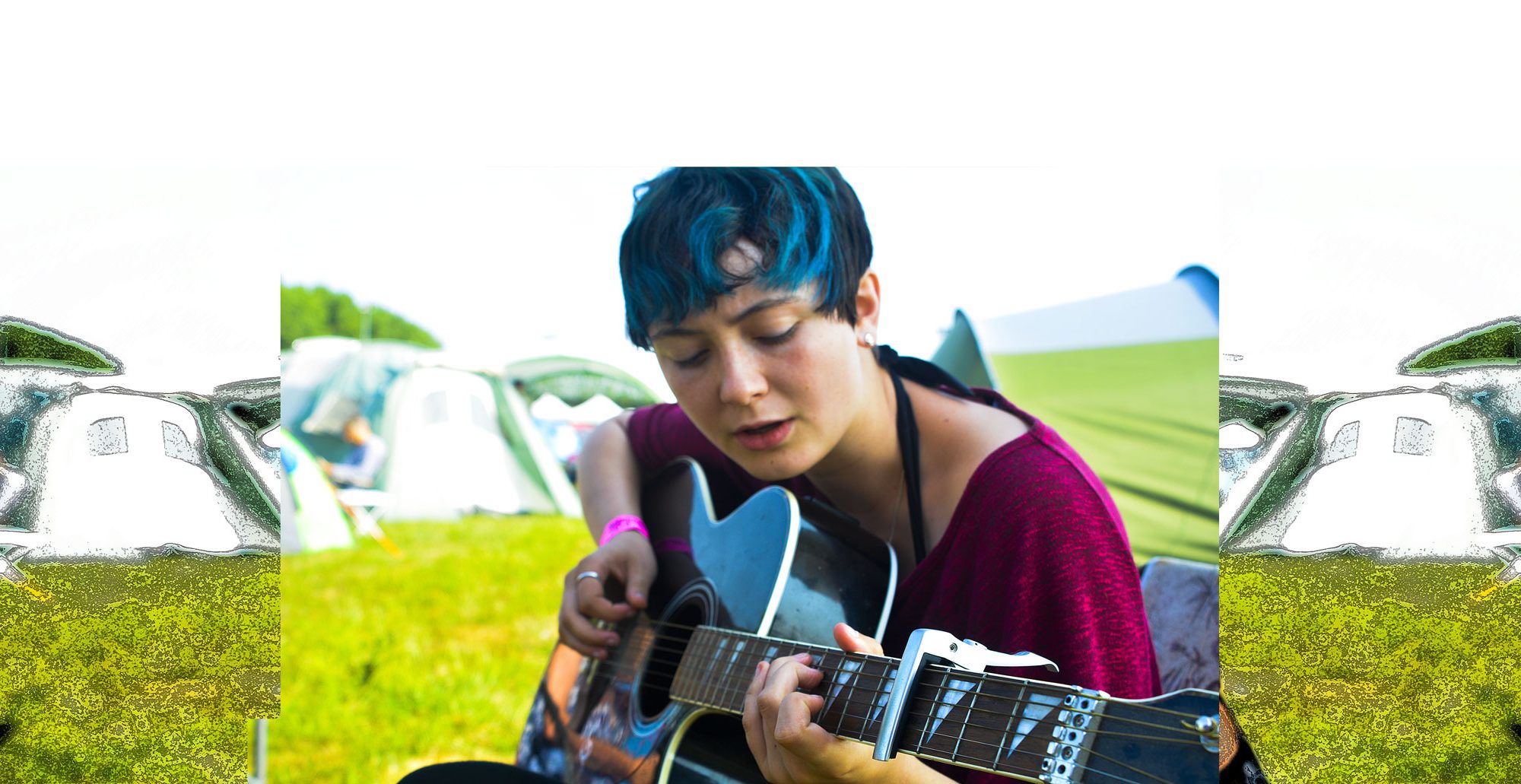 From her earliest vocalisations Elsi has had a passion for lyrical expression and her early exposure to an eclectic mix of musical styles – through regular attendance of musical events curated by the Southburgh Promoters of Art & Music (passive absorption as a baby, soon followed by rumbustious participation) and the ‘out there’ experience of Dance Camp East – complemented by annual immersions in the world of folk music and ceilidh dancing, courtesy of Chester Folk Festival. Chester Folk Festival was also where Elsi participated with her wider family, ( most of whom are musicians ), in communal music making, appreciation and merriment, creating a positive attitude to music and song.

Ely Folk Festival supplemented Elsi’s thirst for music when she was 11 years old. A perfect complement to Chester Folk Festival, Ely, with its energy and wide range of big-name acts, gave Elsi a taste of what is achievable and a glimpse of a possible future path to pursue. Ely Folk Festival is now an annual destination for Elsi and in 2019 was the event that has propelled her forward into the world of performance.

Elsi’s first instrument was her voice and she sang her way through school. She did, at a young age, take up the flute but it cramped her singing style (sic) so she dabbled with the ukulele, finding it an accessible accompaniment to her voice. Inevitably she progressed to the guitar, enjoying the extended range, she learned to read tabs and was soon creating her own arrangements for songs she loved. Among her most notable musical influences have been Eva Cassidy, Gordon Lightfoot, Cat Stevens/Yusef, Xavier Rudd – who inspired Elsi to take up the digeridoo, which she has also mastered – K T Tunstall, Kate Rusby and The Good Lovelies. Elsi is also an accomplished djembe drummer, but her finely tuned voice remains her favourite instrument.